We continue to explore other streets of our beautiful city little by little. The next in line is Troitskaya Street. Let’s start from the very beginning — the very original architecture of the house at number 1. I specifically turned to a specialist to accurately designate the style of construction — historicism using the style of the Romanesque castle architecture of England. 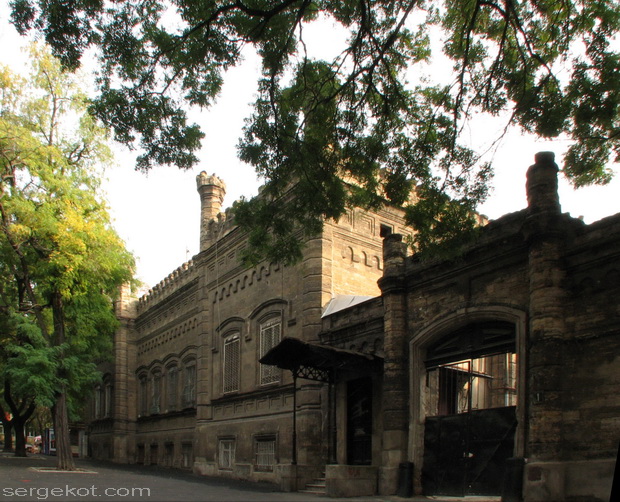 This house is also listed at st. Marazlievskaya 52, because of its corner. Marazlievskaya Street was one of the most fashionable streets in Odessa, where houses almost along the entire length of the street are located on the one side of it, with an Alexandrovsky Park, founded with the personal permission of the Emperor. opposite them.

Now it bears the name of Shevchenko. I am describing to you the surrounding area so that it is clear where exactly Franz Morandi built this house in 1847. In any case, these are the data provided by the «List of architectural monuments of Odessa».

Opposite the house described was the Mikhailovskaya Church, built by Torichelli in 1829, approximately where the Marazli monument and the house behind this monument now stand. In her image (see above), the house in question is visible on the right.

So, Kryzhanovsky’s house. An article by Sergey Reshetov, the author of numerous publications on the history of our city, will tell us more about it:

“In the first half of the 1870s, this house at the corner of Troitskaya and Novaya Streets (that was the name of Marazlievskaya, which received this name only in 1895) belonged to the collegiate adviser Ivan Gudkov, and the house tax price was estimated as 8,500) Having risen to the rank of state councilor, Ivan Pavlovich Gudkov died in Odessa on June 19, 1882 at the age of 64, his funeral was served service on June 21 of the same year in the Archangel-Mikhailovskaya monastery church in Odessa, which was located literally opposite his house, and was buried in the old city cemetery.

The next owner of the house for a long period, from the 1880s to the early 1910s, was Pyotr Adamovich Kryzhanovsky. So, in 1889 — he is a collegiate assessor, a comrade (in the terminology of those years –assistant?) of the Chairman of the Odessa District Court, already living in his own house on the street. Troitskaya, 1. This position he held back in 1879, also being a member of the Council of the Legal Society, which is at the Imperial Novorossiysk University.

In the mid-1890s P.A. Kryzhanovsky still lives in his own house at this address, still holds the same position and has the same rank, but gradually «grows» — he is elected as a vowel (deputy) of the Odessa City Duma and an honorary magistrate of Odessa. Soon he completely «grew» to the City Head of Odessa, which he was elected in 1897. He remained in this post for several years, possibly until 1905″ 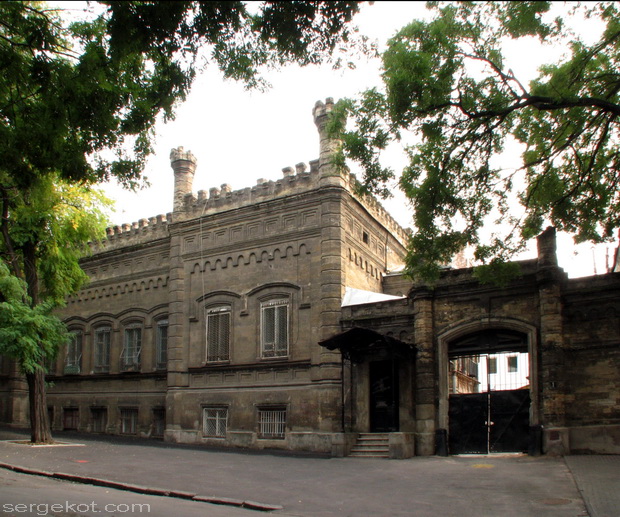 Facade of the house on Troitskaya. 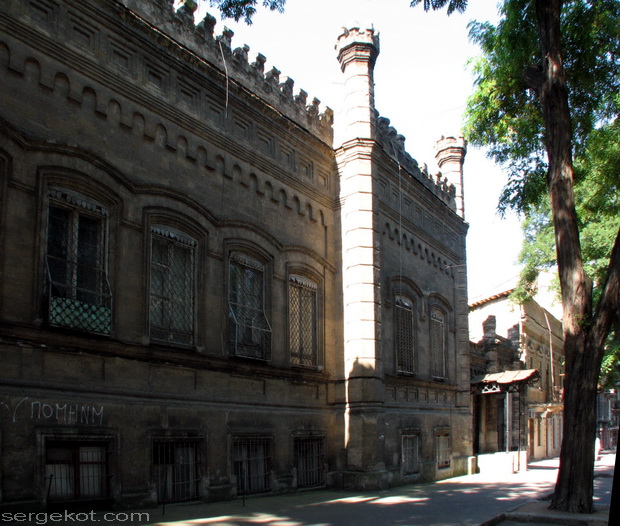 View from the Troitskaya-Marazlievskaya corner. 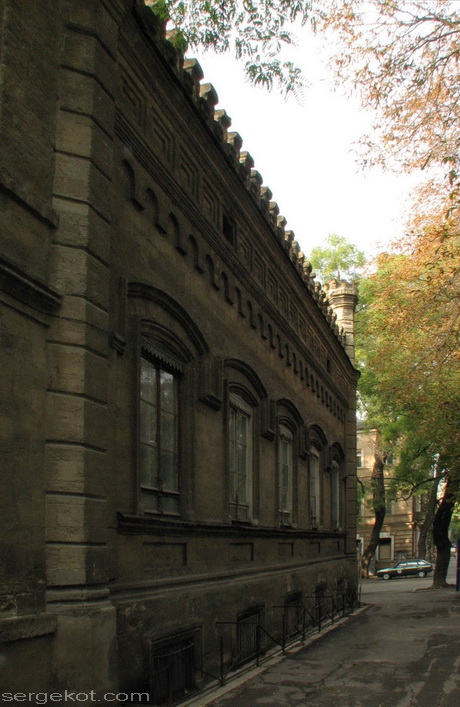 Facade of the house on Marazlievskaya. 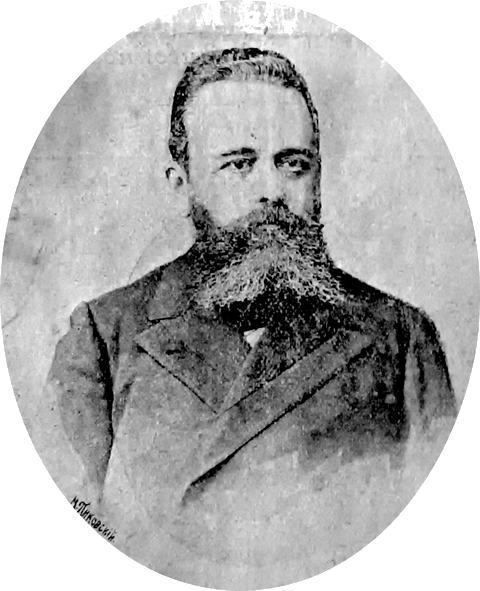 «« In the position of the Mayor of Odessa, Pyotr Kryzhanovsky did not distinguish himself in anything special, and therefore, when asked:» Do you know the mayor of Odessa Kryzhanovsky and what? » most of us won’t be able to say anything.

Peter Adamovich owned this house and lived here until 1909-1910. In the mid-1910s, he still lives in Odessa, but at a different address — at 12 Sturdzovsky Lane, having the rank of State Councilor. It is interesting that the house next to the house of interest to us — the house at the current address Marazlievskaya, 54 at the end of the 19th-beginning of the 20th century belonged to Roman Nikolaevich Audersky, but according to the list of architectural monuments this beautiful house with unique architecture is listed as “Profitable House of Kryzhanovsky-Audersky, 1900 ., arch. L.L. Vlodek”, and it really has an old metal plaque “House of N.N. Kryzhanovsky. But this Kryzhanovsky is either a namesake, or a distant relative of the owner of the house on the corner of Troitskaya and Marazlievskaya P.A. Kryzhanovsky.

By 1910 the new owner of the house on the street. Troitskaya, 1 becomes a rather famous person in Odessa — the merchant of the 1st guild Mikhail Mikhailovich Blizhensky, known for his wealth. He was also a spokesman for the city council.

MM Blizhensky died at the age of 67 in Odessa on September 16, 1912 and was buried in the second Christian cemetery.»

In the Odessa Regional Archives there is a case «Book for reports to the Construction Department on the approval of draft plans for private buildings in 1909», which says that M.M. Blizhinsky filed a petition on May 19, 1909 “… for a superstructure over a part of the existing wing on Marazlievskaya and Troitskaya streets. No. 1 «. The project was “approved by the Administration on May 19, 1909.” * Thus, Blizhinsky became the owner already at the beginning of 1909.

* GAOO 16-85-504. Book for reports to the Construction Department on the approval of draft plans for private buildings in 1909

Letter with the initials of M.M. Blizhensky, Odessa, 1908.

Below are photographs of the preserved interior decoration of the Kryzhanovsky-Blizhensky mansion. (photos by Evgeny Sokolsky.) 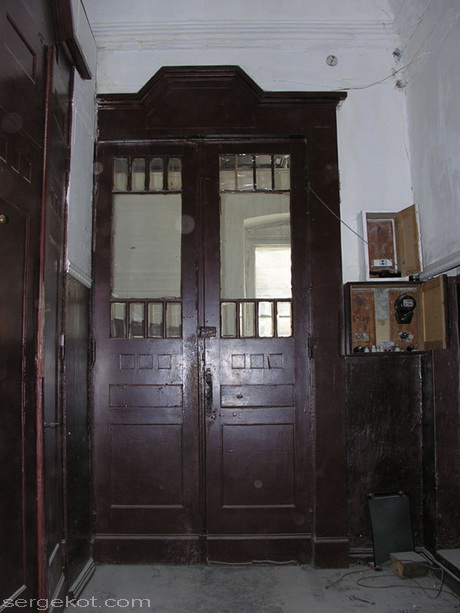 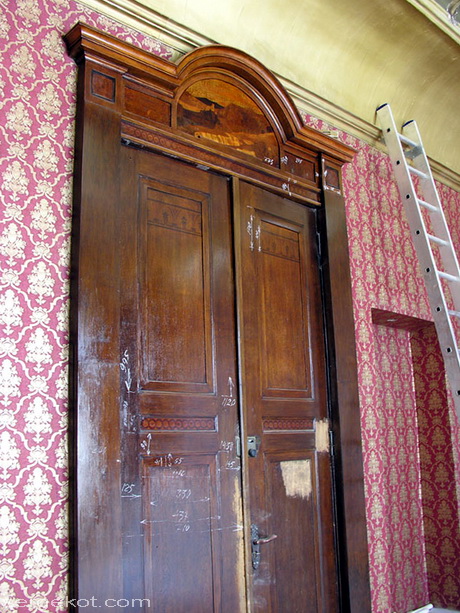 Pay attention to the landscape on the pediment of the door, made of different types of wood … 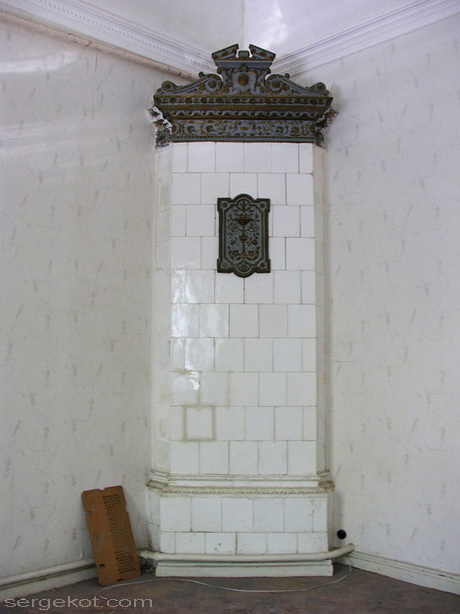 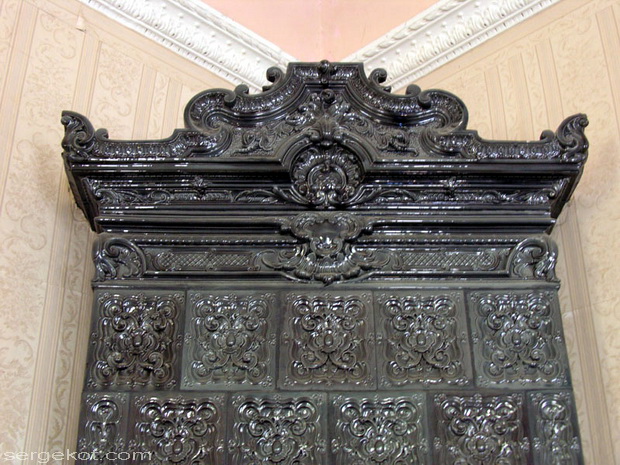 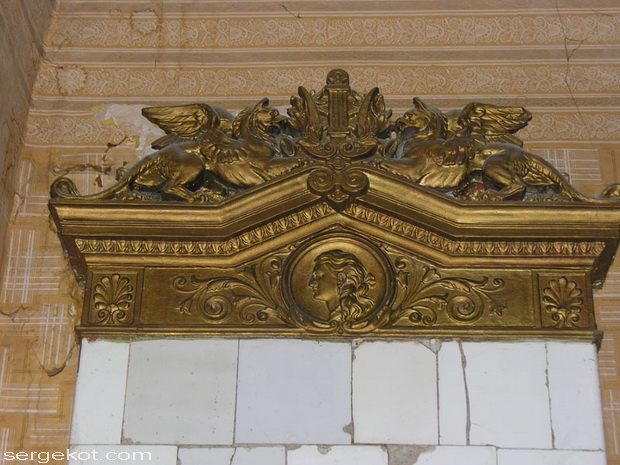 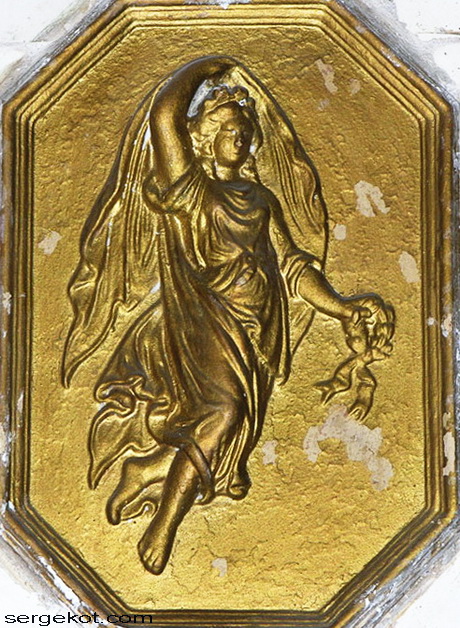 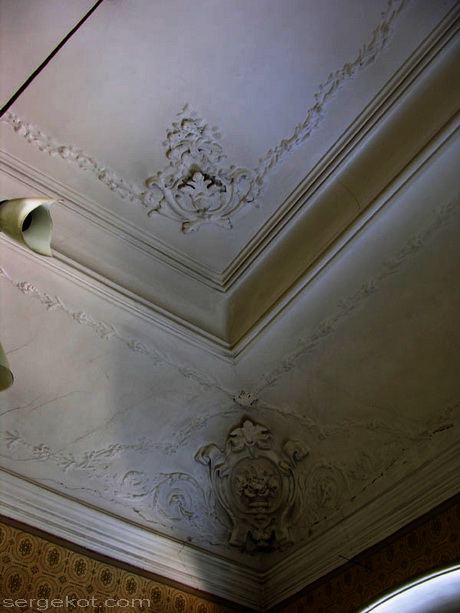 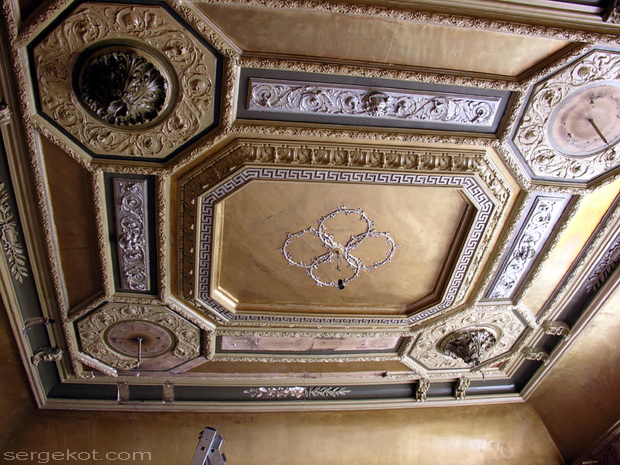 and this is an incredible beauty … 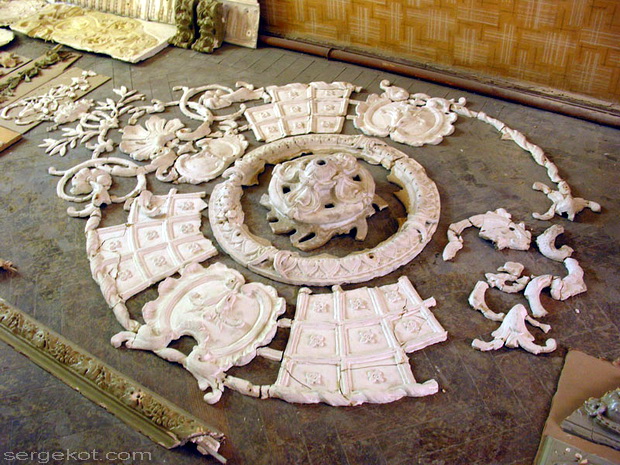 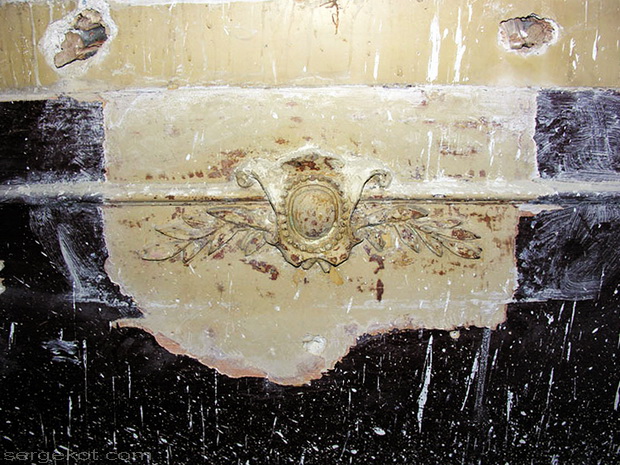 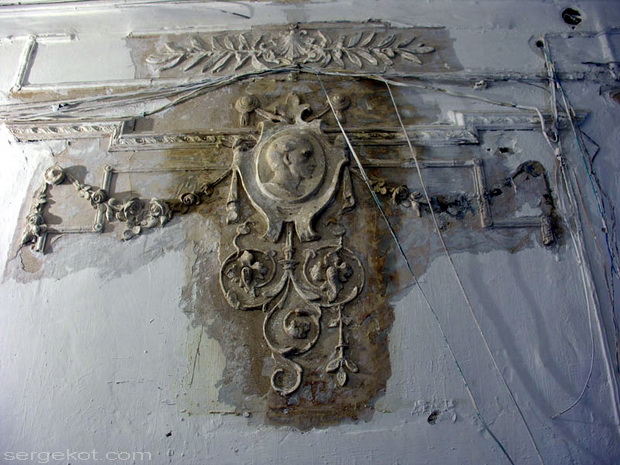 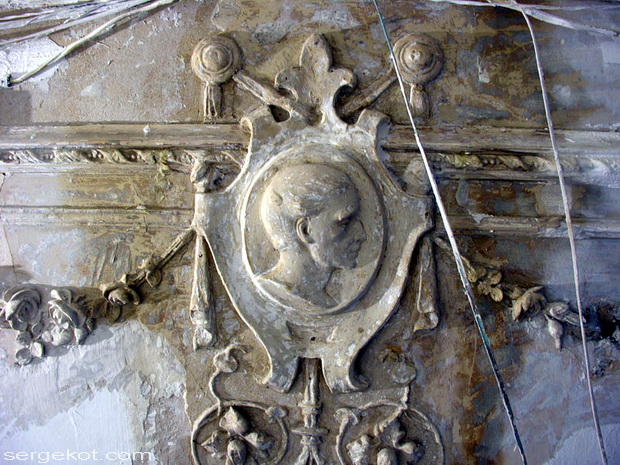 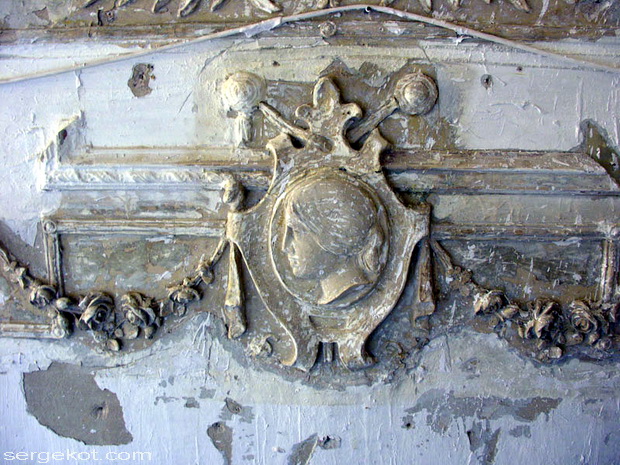 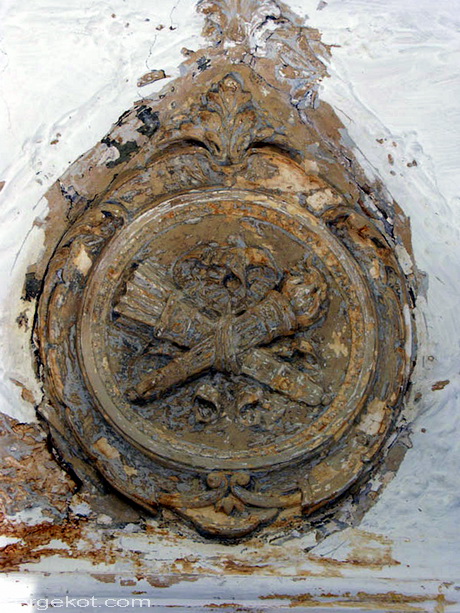 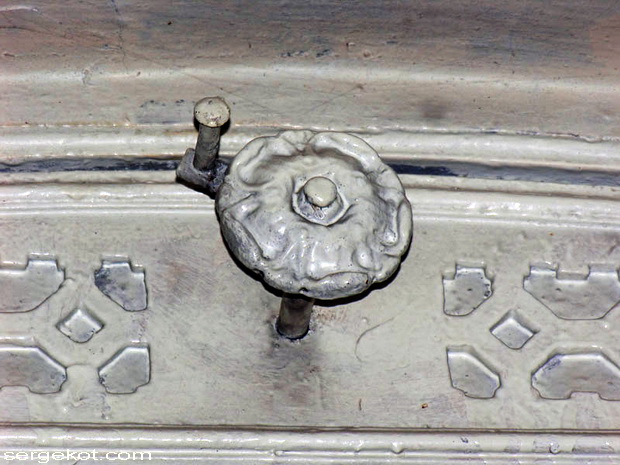 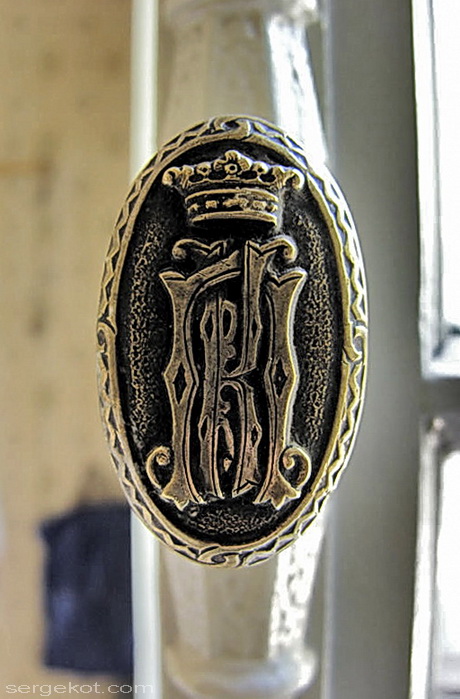 And finally — a window handle with the initials «P.K» — Pyotr Kryzhanovsky — to Blizhensky’s honor, he did not destroy the memory of the first owner of the house … 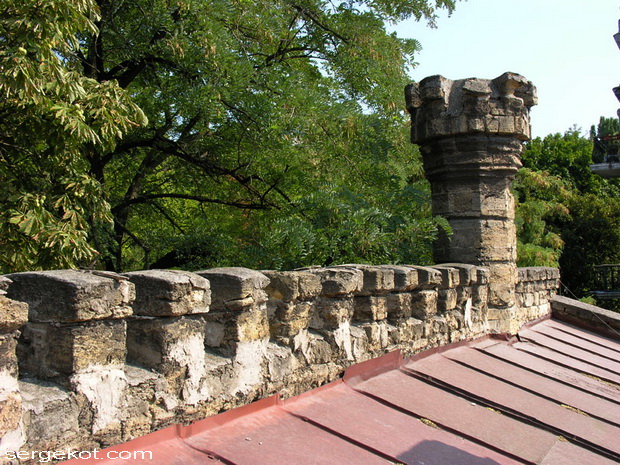 At the roof
photo by Evgeny Sokolsky.

View from Marazlievskaya. Not long ago, in place of the cast-iron grating, there was a deaf, ugly fence. The owners who bought out the neighboring outbuilding demolished it and made this lattice. Now you can see the courtyard. 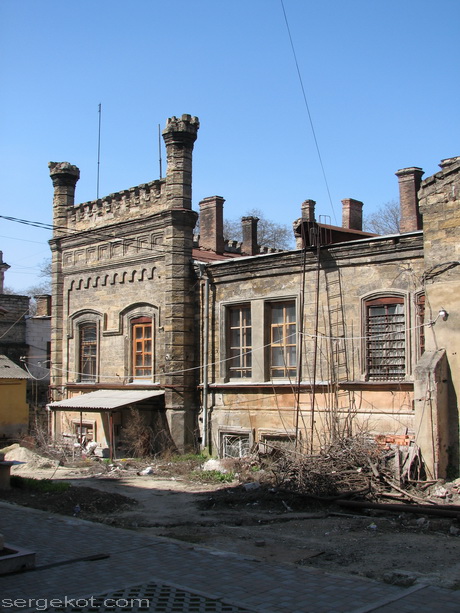 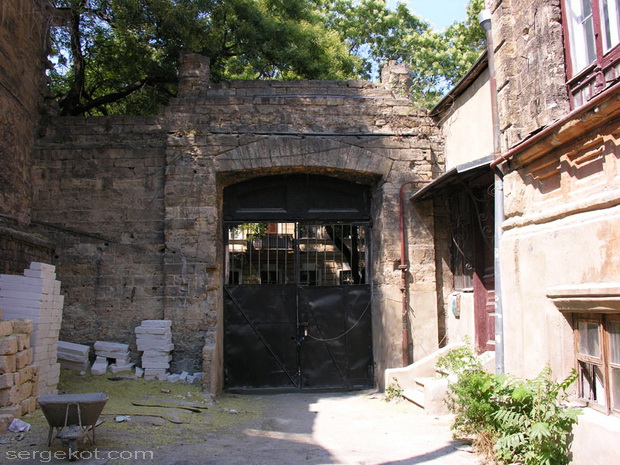 View of the gate from the courtyard.
photo by Evgeny Sokolsky. 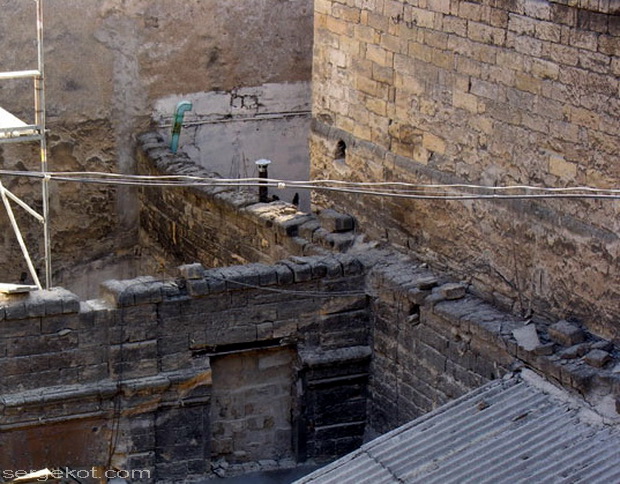 View of the gate from the courtyard.
photo by Evgeny Sokolsky.

Looking through Odessa newspapers for the tragic 1918 year, I came across a note that confirms that the Blizhenskys were the last owners of the mansion — 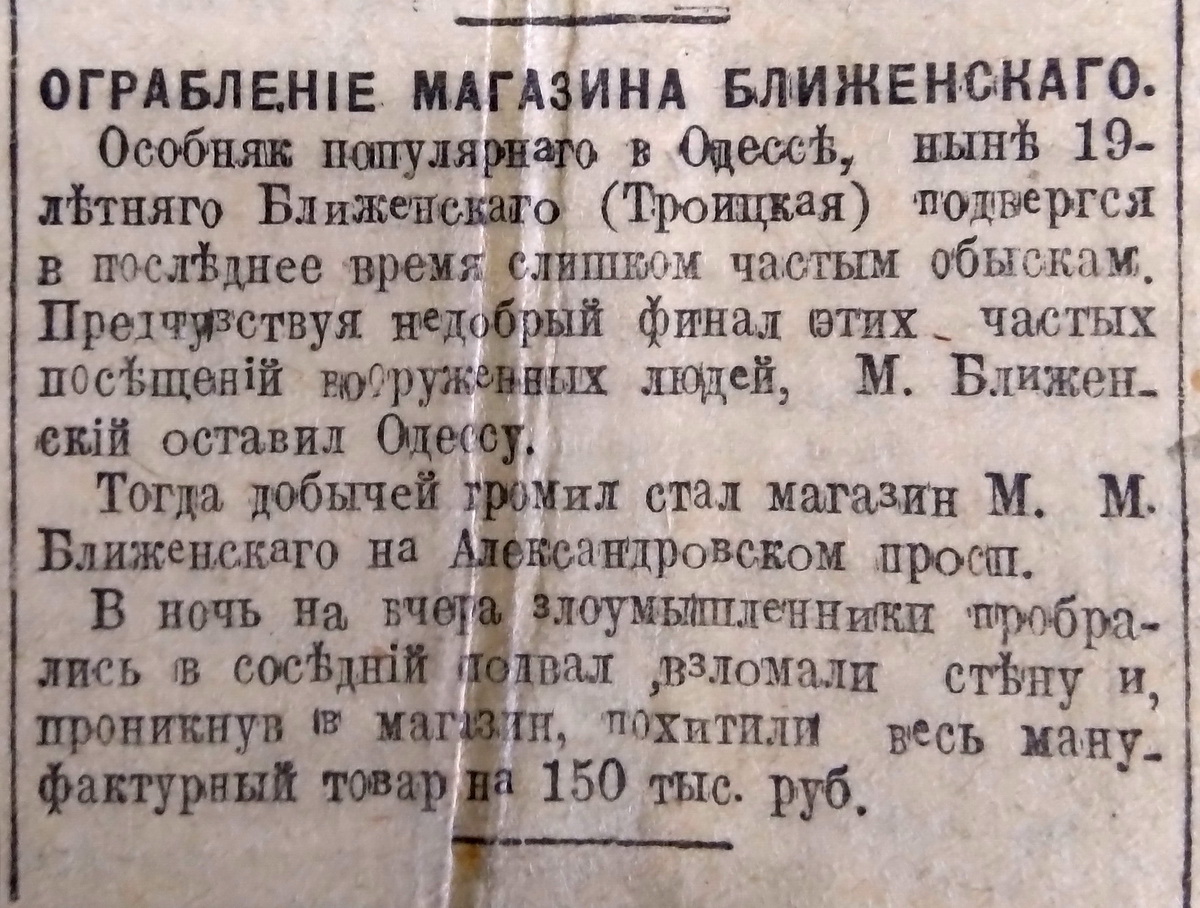